But first, if you would like to help decide my 4-year-old's Halloween costume for this year, here are her top choices (YOU CAN VOTE IN THE COMMENTS):

1. Panda Bear (advantage of this one is that it would be sweatsuit-based & therefore a warm choice~ my area of CO could be chilly that night).

2. Tinkerbell (she's got fairy sheets and loves the Tinkerbell movies)

3. Bigfoot Hunter (she's a big fan of the tv show Finding Bigfoot~ watches reruns with her dad and brother).

4. Cat Ballerina w/ a crown~ don't really know if this qualifies as a "costume" or is just a matter of putting on a bunch of stuff in her dress-up trunk. But she told me to put it on the list.


Okay, spooky destinations....
Drumroll, please (and a big thank you to Wikipedia for assistance):

TRANSYLVANIA- This region of Romania (see the photo above for a landscape photo) is the location of Bram Stoker’s Dracula, a novel that’s said to be (in part) based on the real-life horror story of Vlad the Impaler, who was said to have killed between 40,000 to 100,000 Europeans.

Click HERE for Transylvania tourism info. It looks like a gorgeous and friendly place for a vacation :)

SLEEPY HOLLOW, NEW YORK- Both in written and Disney form, Washington Irving’s The Legend of Sleepy Hollow, is a beloved and spooky tale. It takes place in the Dutch settlement of Tarry Town (based on Tarrytown, New York) in an isolated glen called Sleepy Hollow.


Now you can visit the real village of Sleepy Hollow, New York! The town website is adorable, and it looks like they host one heck of a haunted hayride! There are tons of community events, many hosted in the lovely Irvington Town Hall. The image is of the Headless Horeseman Bridge.


SALEM, MASSACHUSETTS-Arthur Miller’s play The Crucible is a

dramatization of the real-life Salem Witch trials. It is the town of Danvers, once known as Salem Village, that was the main site of the hangings of nineteen people (14 women, 5 men). One man was crushed to death by heavy stones, in an attempt to make him enter a plea. 29 people were convicted of the capital felony of witchcraft. Seriously interesting and sad stuff.


Anyway, you should know that Danvers, the true site, changed its name specifically to avoid notoriety. Salem Town (Click HERE for a city guide) capitalized on its name and became the tourism mecca for witchcraft buffs everywhere.


As one visitor from Chicago noted, “The whole thing mostly happened down the road? Well, that bites. And here I was just getting into this nice déjà vu historical groove.”

ESTES PARK, CO-Stephen King once wrote an itty-bitty book called The Shining. Ever heard of it? It’s about a man who takes a job as caretaker of The Overlook Hotel in a

remote area of Colorado. It’s said that a stay at The Stanley Hotel (pictured to the left) in Estes Park, Colorado inspired Stephen King to write the book.


I’ve been to Estes Park many times, mostly because of its location as a gateway to Rocky Mountain National Park.


It’s gorgeous and full of touristy shops. Jam-packed with visitors and locals alike. Mostly visitors, though. The town is a good hour from Denver, and the drive is beautiful. At 7,500 feet, the altitude feels much higher than my home at 7,552 feet. Must be bigger mountains and the slightly isolated feel. And the ghosties, of course. Like most mountain towns in Colorado, the weather is unpredictable, making it the perfect inspiration for one of the creepiest stories (and movies) of the season.

ORE, DENMARK- Much of the Shakespeare play Hamlet takes place in Elsinore Castle in the Kingdom of Denmark. The actual castle you would visit these days is called Kronborg Castle (click HERE for historical info).


It’s one of the top tourist attraction and historical sites in Denmark, and is surrounded by a fortress area near the port to Elsinore city. The harbor is near the entrance to the sound between Sweden and Denmark. This might not seem like a Halloween tale to you, but there are ghosts, murders, and intrigue galore (despite this sunny photo of the castle, it's said to be haunted. Yes, that's right,haunted. Now hand over the entrance fee and get in line to see for yourself).

BEST NEWS EVER!! (and a couple of cool FYIs) 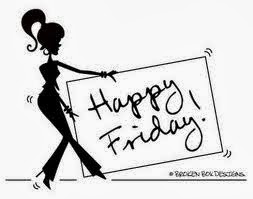 Mark Your Calendars: On Wednesday, October 16th, the finalists for the National Book Awards will be announced on television. I am so excited to watch this! Per a press release from the National Book Foundation,

Here are the 10 books on the Longlist for Young People's Literature (they're all great, but I'm really pulling for Anne Ursu's The Real Boy to be recognized):

~~~
Okay, are you ready for my big news? Well, friends, I was going to keep this to myself, but in the spirit of getting excited about the National Book Awards, I've decided to share. I didn't even know I was up for this honor, so you can imagine my shock and delight when my daughter walked out of her room recently and handed me this piece of paper:

That's right, I am officially the best Wommy in the Morld! Can you believe it? I mean, it's all so unexpected...after all, the Morld is a really big place, and there are so many worthy Wommies. Gotta love kids learning to write, huh? In addition to a few letter mix-ups, she's still getting the hang of exclamation points and how to use them. All she knows is that you use them when you're excited, which is why she put one at the end of each line in her note :)


I'll leave you with photos of my little one, in dresses made by my CP Joy McCullough-Carranza (who is an available mentor for Pitch Wars- #19 at this link). She is a fabulous seamstress and her Etsy Shop is HERE. 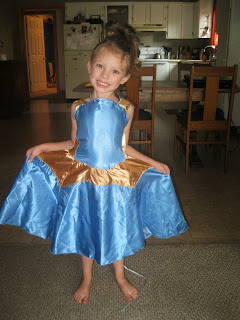 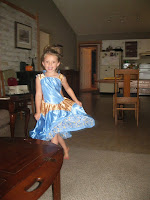 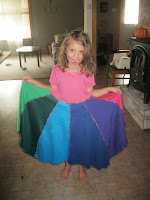 Writing Tips from Pixar (and a contest reminder)

You may already be familiar with this, but a friend recently forwarded me Pixar's 22 Rules of Storytelling, and it was both a fun list to read through and wonderful food-for-thought in terms of story creation/revision. The two below are ones that really hit home for me~ click on the link when you have time for more!

#2: You gotta keep in mind what’s interesting to you as an audience, not what’s fun to do as a writer. They can be v. different.

#3: Trying for theme is important, but you won’t see what the story is actually about til you’re at the end of it (Jess Note: This has been my experience with every manuscript I've written. It's always during revision that I have an epiphany: "Ooooooh. So that's what this story is about"). Now rewrite.

Click HERE for early info on the next Secret Agent contest on Miss Snark's First Victim. It will be open to submissions on Monday, October 7.

This month's contest will include the following genres:

My character development interview with The Real Boy author Anne Ursu is still in the cards and should happen within the next couple of weeks. In the meantime, here is Anne's blog tour schedule. Read the posts & enter the giveaways! This book is such a treasure!