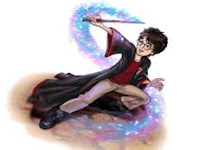 JK Rowling is being a tad mysterious. Click HERE for a maddening screen that does nothing but post a running countdown until an announcement. I suspect it has something to do with a website mentioned yesterday. Pottermore.com is currently an inactive website, but should be up and running soon.

MID-MONTH AGENT TWEETS:
As always, I encourage you to get on Twitter and follow the fabulous agents there. There is SO much great advice given out! Here are a few agent thoughts/opinions from June so far. I think my favorite comes from the awesome Meredith Barnes :)

BostonBookGirl Lauren E. MacLeod
Guys, I can't say this enough. It is ALWAYS a mistake to set your YA/MG in a different time period if you don't have a good reason to do so.

EyeOnFlux Brian Farrey
RT @editrixanica: If your teen characters dress a lot like you (or like teenage you), it's probably time to change their outfits (or yours).

RachelleGardner Rachelle Gardner
The key to a query letter is the same as in good fiction: show, don’t tell. SHOW me your work is amazing.

BostonBookGirl Lauren E. MacLeod
It would have to be the *best* book/concept/voice I have EVER read for me to take on a YA about a first year of college.

jennybent Jenny Bent
A request from an agent for a revised ms is signficant--doesn't happen that often. I think sometimes authors only hear the no, but should focus on the maybe.

KevanLyon Kevan Lyon
@xcetrachick #askagent Always a good idea to write query in same narrative voice as your work! *This tweet was in reply to a question on #askagent*

BostonBookGirl Lauren E. MacLeod
Did you start writing your YA novel in 2003 so that is when it is set? If so, try bringing it to the present before submitting.

sarahlapolla Sarah LaPolla
Just received an email from a UK agent in which the word "fortnight" was used, and my day just became more wonderful. *This one is so cute. I would feel the same way!
~ ~ ~

On another note, this afternoon we're having a 16th birthday barbeque for my oldest, and I will be preparing food, cleaning, decorating, and doing yard maintenance all day. I apologize in advance if I don't get around to your blogs until this weekend!