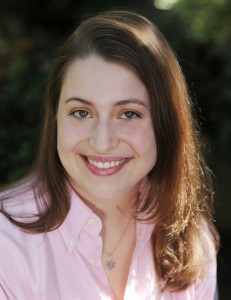 How sweet and dedicated to writing is fantasy author Shelby Bach? So sweet that I found her three years ago on the AbsoluteWrite Forums, offering to beta read manuscripts just because she loved to critique. I couldn’t believe it~ an agented writer with a book deal on the table, and she was willing to read my manuscript?!? Talk about giving back!

Today I’m thrilled to have Shelby on the blog to talk about character development, particularly in a series that combines a realistic setting and real-world MG issues with fantasy settings based on fairy tales. Shelby is the author of the middle grade Ever After series, which is an incredibly fun series that pays as much attention to internal character arcs as it does to its amazing settings and action sequences.

Of Witches and Wind is the second book in the series and two more books are forthcoming from Simon & Schuster Books for Young Readers. Shelby has offered a copy of Of Witches and Wind (along with bookmarks and stickers from Book One) to a lucky person who leaves a comment on this post, and I'm going to throw in a copy of the first book, Of Giants and Ice. 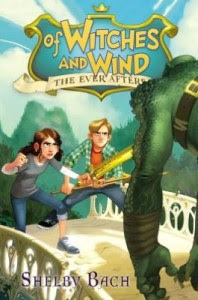 Shelby has a passion for character development and her advice and approach is really applicable to any genre, so please go grab a fresh cup of coffee or tea or whatever you're sipping on and read through her answers. You’ll want to take notes, I promise!

Coming up with my protagonists, I made it easy on myself: Rory, Chase, and Lena are all based on me, but I exaggerated certain traits until the characters took on a life of their own. For example, like Lena, I was a goody-two-shoes sixth grader with a big dream (I wanted to be a writer), but Lena takes rule following to a whole new level. I also didn’t talk about my stories as much as Lena talks about her inventions.

As for their voice and perspective, I remember middle school really well. I remember what I felt and what I dealt with and the friends I met, and I remember how diverse my group of friends were. We were pretty unique, savvy, and fully fleshed out already—grown-ups seem to forget or minimalize how much kids have their own agenda, their own society, their own prejudices and hopes. Most of the time, kids know what they like and want but not who they are. They’re learning who they are, and they’re still forming their opinions about everything. I tried to write from that place with respect and enthusiasm.

How is character development (and overall writing, for that matter) challenged by having both a reality-based setting and fantastical/fairy-tale based settings?

Character growth actually became the bridge that links the magical and non-magical worlds together. The hard part for me is figuring out a way for both settings to intersect without feeling patched together. The hardest part is making sure those intersections actually drive the plot or add something to the characters.

One tool I use to accomplish that is layering meaning on certain items that travel back and forth between both worlds. Let me give you a spoiler-light example; in Of Witches and Wind, readers see the same pair of fancy designer shoes three times:

(Only the first shoe scene was in the original draft, because when I was in seventh grade, my parents and I clashed over my shoes. The other scenes I described also existed, but in later drafts, I worked the shoes in and layered Rory’s emotional reactions.)

Do plot incidents in the real world (e.g. Rory has a real-world personal issue with a stepmother figure) deliberately inform the decisions Rory makes in the fantasy settings and vice versa? 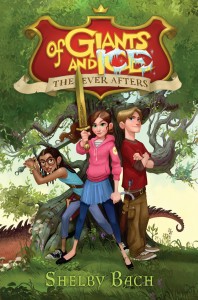 Absolutely. That’s another tool in my character development toolbox:

If something happens—no matter if it’s in the real world or in the magical one, a character will react to it emotionally, and emotions always affect our choices. I know what scene you’re talking about—the mirror labyrinth, right? This isn’t too much of a spoiler: When Rory goes to meet her dad in L.A., she meets her dad’s girlfriend for the first time and finds out Dad’s girlfriend is really Dad’s fiancé.

This devastates her. Her dad has already been striking out on the good parent front during her visit, but not telling her something so major was the breaking point.

But Rory is on a quest. She doesn’t let herself go sit in the bathroom and cry, even though she really wants to. Instead, she carries those emotions back to the magical world, specifically to that Hidden Troll Court. She handles the physical side of her quest (ie. fighting the trolls) pretty well, but when her opponents start manipulating her emotions in the mirror labyrinth, she falls apart—she has so much pent up sadness, disappointment, and hurt that it’s pretty easy to get her to unravel.

Now that’s a normal emotional reaction for anyone in that position, but what Rory chooses after that point is where the real character development happens. J

Do you find that your characters change their personalities/dialogue/vocabulary/courage levels when the narrative moves from “reality”  (or the base campus of the Ever After School) to more fantastical settings?

Yes, but the specific changes depend on the character.

For example, when Chase travels through Atlantis in Of Witches and Wind, readers definitely see a different side of him (for reasons I can’t explain here without giving away a major spoiler). Even though he comes across as a loudmouth showoff in Of Giants and Ice, his confidence actually fluctuates a lot.

Rory is really good under pressure, especially the pressure of mortal peril, so she tends to take charge and kick butt in the magical world. However, she’s not as good with emotional turmoil, so when things are quieter, especially at EAS or at home, she’s not nearly as sassy.

Lena is the opposite. She’s not much of a fighter—she worries during battles. Her comfort zone is at EAS, at home, and especially in her workshop, where she invents new magical items. In quiet moments, she talks with enthusiasm and confidence.

Rory, Lena, and Chase are wonderful characters, each one with their own personal challenges outside the exciting fantasy ones they address in the novels. Rory in particular has some “real world” issues that are characteristic of contemporary MG books. When the idea for the first book came to you, was it always this kind of combination, where your protagonist Rory also deals with real-world problems, or did you ever consider doing straight fairy tale fantasy?

Thank you for saying such nice things about Rory, Chase, and Lena!

The Ever Afters was always modern-day for me. One of my readers actually helped me figure out why (but when she asked me about it, I was still clueless. Sorry, Salma!).

I took a fairy tale course in college, where my professor taught us from a Jungian perspective—which basically means we students learned how to decode the symbols in fairy tales. Read symbolically, each fairy tale depicts the protagonist’s emotional growth. G.K. Chesterton puts it a different way: “Fairy tales are more than true—not because they tell us dragons exist, but because they tell us dragons can be beaten.”

Working on The Ever Afters series, I realized I was trying to show how that quote is just as valid today as it was when the Brothers Grimm first collected these fairy tales. (But instead of telling the story through symbols, I focused on strong character arcs.) That’s why the books are set in modern times, and that’s why the dragons Rory slays in Of Giants and Ice aren’t nearly as important as the internal dragons she overcomes.

What advice on character development would you give writers who are drafting a first novel of what they hope to make into a series?

Go ahead and finish the novel before worrying about the rest of the series. Your subconscious is probably already laying the seeds for further character development, but it’s harder to do that intentionally if you don’t have the whole book in front of you. I didn’t know a lot when I started drafting Of Giants and Ice, and I only knew a little more when I finished it. (As my agent pointed out after reading an early draft, I didn’t even know what made my main character tick.)

During revision, I started to ask myself questions: What motivates each character in this scene? What does Rory (my narrator) know? If she doesn’t know something in another character’s backstory, when will she find out? How will that affect the reader’s perception of the scene when they reread it after finding out that secret? After I knew the characters better, I decided what backstory was actually necessary for that book and saved the rest to reveal in other books. (I also stitched in a few clues to make sure those reveals didn’t come as a total shock later on.)

Also, resolve character arcs in a satisfying way in each book. I’m sure you’ve read a book, and when you find a cliffhanger at the end of it, you’re mad. That will happen to your readers too. It’s hard to love a character if you’re angry at the book that they live in.

Don’t worry about running out of things to develop. Humans, especially young humans, are always growing and changing. They deal with different problems at different points in their lives: The problems of seventh graders feeling unsure about themselves, like my three main characters in Of Witches and Wind, aren’t the same as the problems of eighth graders burdening themselves with more responsibility, as those same characters do in the next book, Of Sorcery and Snow. Writers can always discover new character arcs to explore.

How has your writing process evolved from Book 1 to now?

Well, the most drastic change was learning to be patient with my manuscript. When I first started Of Witches and Wind, I got frustrated, because I kept comparing the final draft of the last book to the rough draft of the new one. So, I shifted my expectations: the rough draft is just where I write down what happens. Drafts two through seven are where I layer emotional arcs, connect plots with subplots, nail down character motivation, etc. Revision is where the manuscript turns into a book.
~~~
A HUGE THANK YOU TO SHELBY! Please leave a comment to be entered to win a copy of the first two books in Shelby's Ever After series. The winner will be announced next Friday.