The Power of Books: Our Very Own Squash 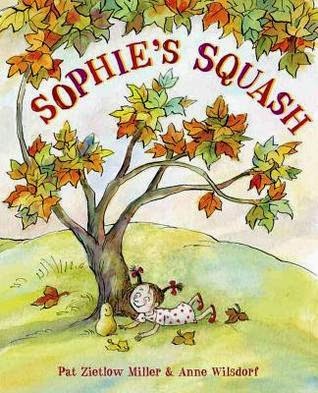 Sophie's Squash, by Pat Zietlow Miller & Anne Wilsdorf, has been a very popular book at our house since it came out last year. It's been SO popular that it should have come as no surprise several months ago when my five-year-old wouldn't let me cook a spaghetti squash I bought, instead insisting that it was her new friend. She named her squash Lucy. A little background on the book, for those of you who aren't familiar:

On a trip to the farmers' market with her parents, Sophie chooses a squash, but instead of letting her mom cook it, she names it Bernice. From then on, Sophie brings Bernice everywhere, despite her parents' gentle warnings that Bernice will begin to rot. As winter nears, Sophie does start to notice changes.... What's a girl to do when the squash she loves is in trouble?

The recipient of four starred reviews, an Ezra Jack Keats New Writer Honor, and a Charlotte Zolotow Honor, Sophie's Squash will be a fresh addition to any collection of seasonal books.

What's a mom to do? I let her draw a face on it and "Lucy" was carried around, brought on wagon walks, and tucked in at night for...well, for a long time. As gardening season approached (it's late in Colorado due to occasional snowstorms in April/May), I gently suggested that we make Lucy a bed in the backyard. The squash fell and broke open on the way to the garden, so I let my daughter sprinkle some of Lucy's seeds in a few different spots before we buried the halves of her. And so this: 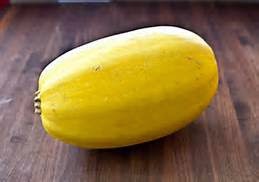 Has turned into this:


Now we're just waiting for the final step~ finding a baby squash.
This book is a joy all on its own, but the fact that it prompted such a great activity with me and my little one makes it extra special. If you have any wee kids/grandkids/neighborhood kids who have birthdays coming up, I highly suggest getting a copy of Sophie's Squash along with your choice of grocery store squash. It's a fun gift pairing. And a sequel to the book, Sophie's Seeds, is coming soon.

Hope you're enjoying some fun activities this summer!