Snotters and Tissues and Germs, Oh My!

It's finally happened. Normally, I shrug off colds. They're kind of like hazy clouds that burn off by 10 0'clock in the morning. Anyone who's a caretaker knows that you don't get sick days. Not really.

But today, I'm forcing myself to stay home with my little one, who is also a snot-filled mess (she says "snotters" instead of "snot," which is surprisingly cute unless she's actually sick)~ she's got the kind of snotters where you go to wipe it off her face, and you end up pulling out a foot-long dangler that was somehow hiding in the child's tiny head.

Too much information? Try living it, people.

(*Ooooo, she sounds cranky! She must really be sick*)

Okay, I'll stop whining. At least I have a ready excuse to watch back-to-back Disney movies and Charlie & Lola episodes on DVD. I'm just mad because they're giving away free pumpkins at the Library this morning. Boo.

Anyway, if you're feeling healthy today, then relish it :) I'll be back on Friday. 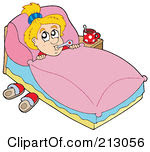 In the meantime, here's a short post on mastering the craft and putting in writing hours from the lovely RL LaFevers (author of the Theodosia and Nathaniel Fludd, Beastologist series):

The Long, Slow Slog Toward Mastery